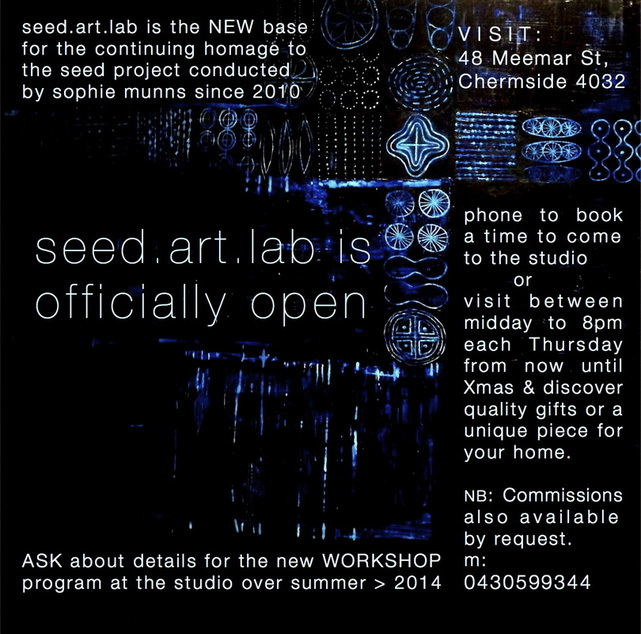 VISIT THE STUDIO BY APPOINTMENT NOW! 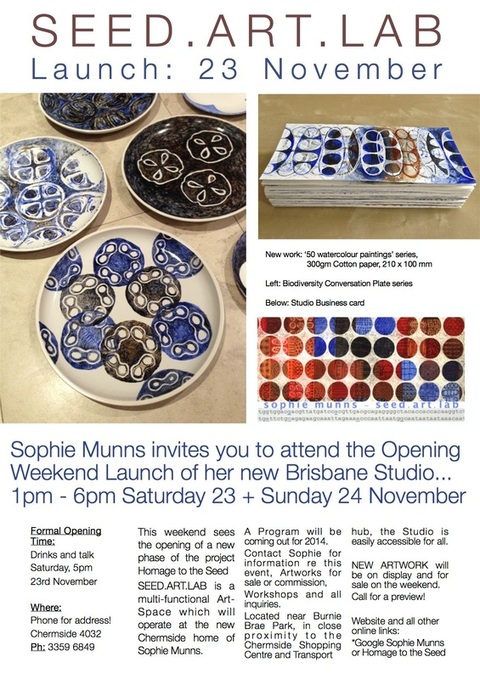 
Image below: 'Biodiversity Conversation' plates...
currently working on this new project which brings several passions together for a new chapter of Homage to the Seed! 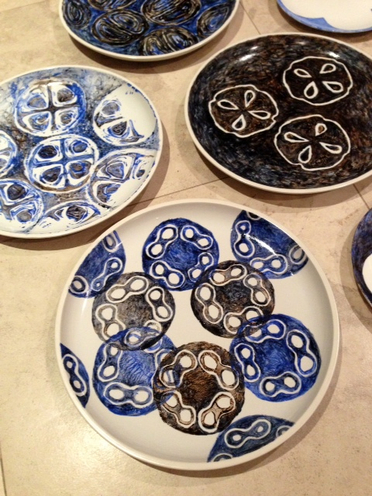 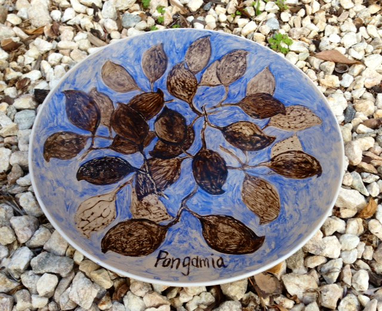 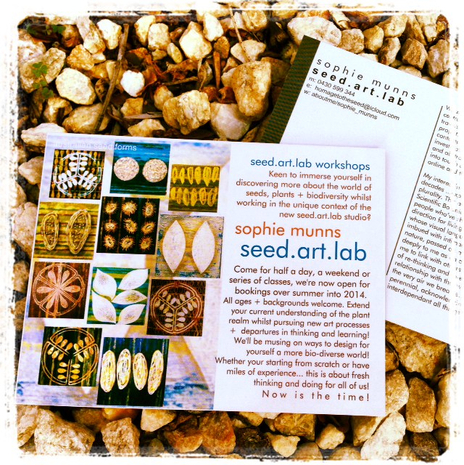 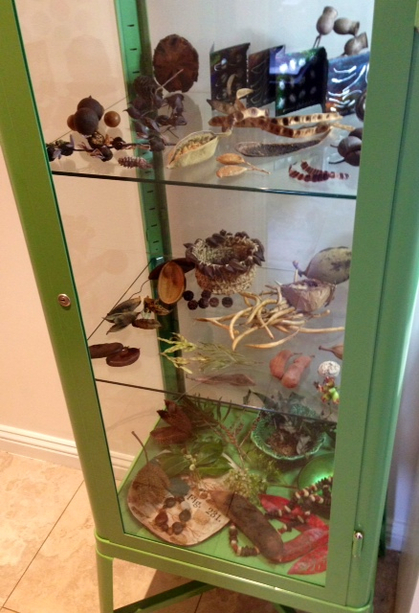 Posts on setting up the new Seed.Art.Lab Studio ready for the Launch can be read at the blog or found at the Homage to the Seed FACEBOOK Page.


The glass cabinet pictured here is a new addition to the studio to be used specifically for housing a seed collection that evolves over time to include new finds and sometimes, by necessity, when seed material has slowly decomposed ... usually having dried out and turned to dust. 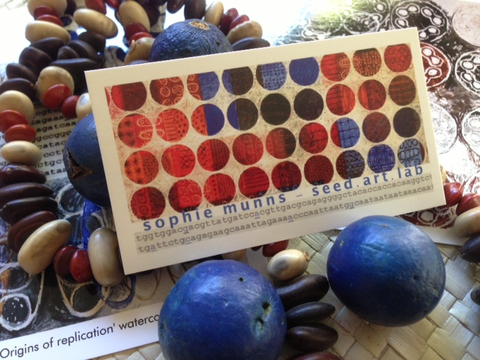 THE YEAR SO FAR:

2013 commenced with a strong studio focus on painting and planning for the 14th to 25th of February Exhibition: FROM ONE SMALL SEED held at PERCOLATOR GALLERY in Paddington, Brisbane, also featuring a BIODIVERSiTY DIALOGUE series.
LAUNCHED IN MARCH:
+ View artworks at new tumblr site from the February 2013 exhibition
+ Read about the Exhibition and Dialogue events on the Feb,13 page of this website.
JUNE NEWS:
+ May 31- June 2 Sophie Munns gave an artist's talk at BALANCE-UNBALANCE  International Conference.
Balance-Unbalance 2013 is hosted by the UNESCO recognised Noosa Biosphere, a dynamic learning laboratory
for sustainability in one of the most pristine and diverse environments in Australia. The three-day conference took
place May 31 to June 2, 2013 at Central Queensland University, with satellite events at Lake Cootharaba as part
of the 2013 Floating Land Festival.
Balance-Unbalance is a major International Conference designed to use art as a catalyst to explore intersections
between nature, science, technology and society as we move into an era of both unprecedented ecological threats
and transdisciplinary possibilities. READ MORE
+ Visit the artist's blog Visual Eclectica or Studio Archives for NEWS updates.
+ Follow Facebook PAGE: Homage to the Seed or Homage to the Seed Blog.